JKI is proud to announce the release of VIPM 2012. Click here to download it. VIPM 2012 brings great new features for LabVIEW teams and add-on creators, and also comes at a lower price of $499.

We've been talking to customers over the past year to find ways to improve VIPM. Through one-on-one interviews and on public forums such as the VIPM Idea Exchange, we've learned a lot about how people use VIPM and more importantly how people want to use VIPM. You'll find many of these user-suggested improvements in VIPM 2012.

Here are a few of the major changes in VIPM 2012. You can also learn more at the JKI website, or go straight to the download page and get started today.

VIPM 2012 Pro is now $499, and if you've ever bought a previous version of VIPM Pro or Enterprise upgrades are just $199. We've also made it easy to evaluate VIPM Pro for 30 days: just activate VIPM with the special trial code VIPM-PRO-EVAL-WEB. 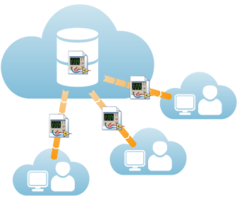 Do you want to automate installation of packages or perform maintenance tasks on your reuse library easily? Now you can, with VIPM 2012 Pro's new public API. Learn more here.

Here are some examples of automations you can create:

Our users tell us that once they start using VI Package Configuration files they can't stop. They've also given us some great ideas to improve how VIPC files work. We've listened, and VIPM 2012 Pro adds the following enhancements: