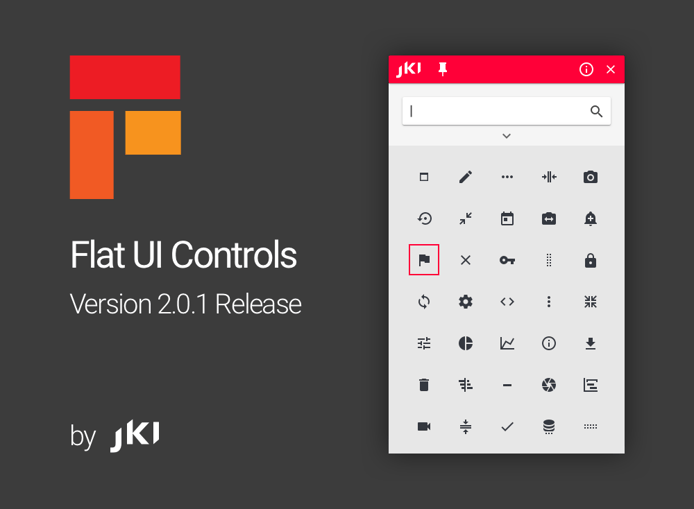 JKI is excited to announce the JKI Flat UI Controls 2.0.1 release is now available. We've gotten a lot of great feedback from users, as well as some bug reports, and we've been working hard to incorporate that into this new maintenance release.

So, what's new in this release? Well, we've added a few new controls as well as making various improvements to control functionality, visual cosmetics, and search-ability of controls using the JKI Design Palette.

- Text Only Button (“Blank” Button with no Icon -- just text)

- Borderless Cluster (with very small border/edge, which is nice for making arrays of items where extra visual space between elements is not desired)

- Numeric control is now resizable (removed extra string controls) and there's one with and without the increment/decrement buttons.

- Improved drop shadows of buttons (it’s a little sharper looking now in 2.0.1, on the right)

- Added some some search tags to controls for improved search-ability

too many to list. you can hover over controls to see their search tags. 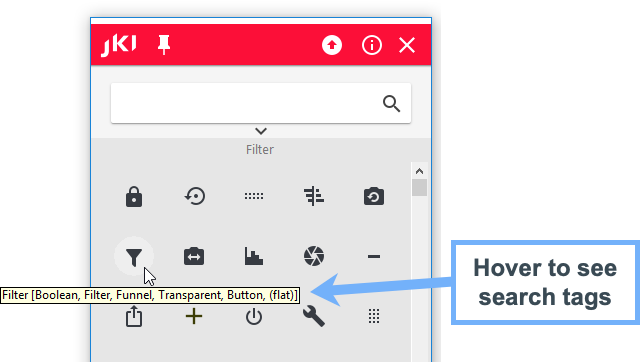 - Added “button” tag to all buttons

For example, maybe you're looking for a button with a graph icon on it and want to search for "graph button" (and not have any actual graphs or charts appear) 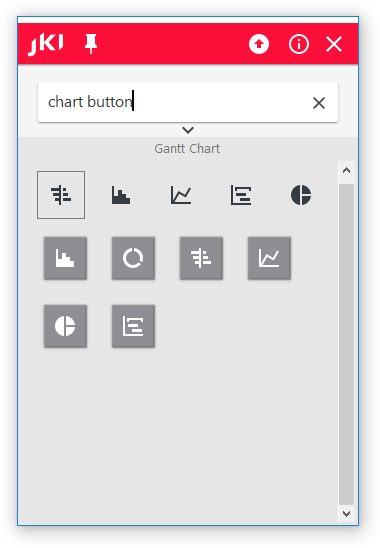 Want to discuss this new release or send us your feedback? Post to the JKI Flat UI Controls discussion forum. We can't wait to hear from you.